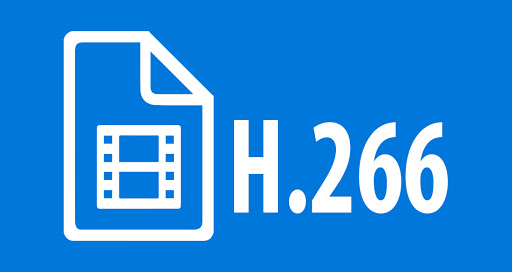 As streaming platform continuously replacing traditional cable. H.266/VVC video coding standard Announced. With the proliferation of more video consumption devices, democratized videography, and a consistent move up on display resolution, this contribution is still expected to be a very large percentage in the coming years. Video coding standards thus become an important balancing tool in ensuring that video streaming does not choke our internet infrastructure,

This means that video downloads and video streams can deliver higher-quality videos at lower bandwidths, thus lowering data use for consumers and also benefitting providers at the same time. For instance, a 90-minute 4K/UHD video encoded in H.265/HEVC could take 10 GB of data to transmit, while the same 90-minute UHD video encoded in H.266/VVC could take about 5 GB of data to transmit. That’s a lot of savings in terms of the percentage decrease in bandwidth, and it will amplify when you take into account the immense scale of video streaming.

But this scaling up has a few challenges along the way. If a device maker wants to add an H.266/VVC encoder or decoder, they will have to pay license fees since the new coding standard uses multiple patented technologies. Fraunhofer HHI promises a “uniform and transparent licensing model based on the FRAND (fair, reasonable, and non-discriminatory) principle”. However, it will still be up to patent holders to decide how the technology is licensed. The cost could potentially run into hundreds and millions of dollars. This steep costing poses the obvious problem of inflating the cost of the end product/service, making it more difficult to break even as a company. For projects like Mozilla Firefox, this is simply out of the equation because of ideological, economical, and practical reasons.

The patent and costing puzzle is the reason why many stakeholders in the video coding community prefer royalty-free codecs. XDA Contributor Steven Zimmerman has written an excellent article on AV1, Google’s royalty-free answer to HEVC and the future of video codecs, back in 2017, and his analysis and predictions continue to hold ground today. We continue to see an uptick in adoption for AV1 among streaming platforms like YouTube, Netflix, Vimeo, Facebook, as well as SoC makers like MediaTek. It remains to be seen how H.266/VVC fares against royalty-free codecs like AV1.

We are unlikely to see H/266/VVC support on mobile devices until at least 2021. No mobile SoC currently support hardware-accelerated decoding or encoding in this new video coding format. Once SoCs start supporting hardware-accelerated video encoding in H.266/VVC, file sizes for 4K and 8K video recordings will drop significantly. Likewise, hardware-acceleration for H.266/VVC video decoding will lead to reduced data usage, provided video streaming platforms start encoding their videos in this new format. Fraunhofer HHI says that “the new chips required for the use of H.266/VVC, such as those in mobile devices, are currently being designed” so we could see SoCs supporting it as early as next year

Read more: What are the IPS and TN displays?