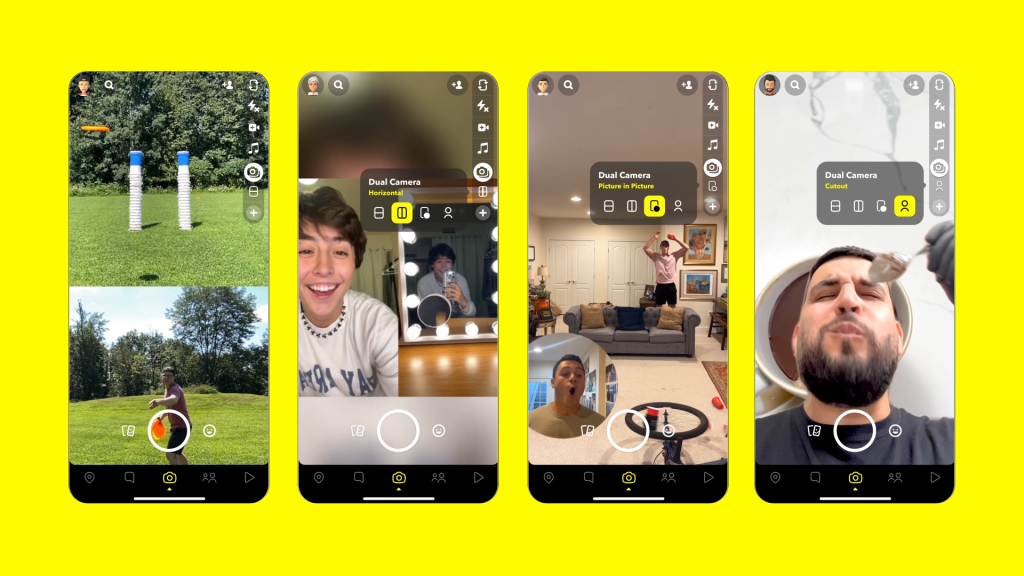 By employing both the front and back cameras on their smartphone, Snapchat’s “Dual Camera” function enables users to capture several perspectives of their moment. The feature is now accessible to iOS users after being previously hinted at during the Snap Partner Summit 2022. Additionally, Snapchat revealed that this feature would soon be accessible on Android.

The Dual Camera function has four setups: vertical, horizontal, picture in picture, and cutaway, giving you a variety of alternatives. In order to improve your snap or video, you can also use Snapchat’s creative tools like music, stickers, and lenses.

Launch Snapchat after updating to the most recent version of the app to test out this new feature; you’ll see a new icon in the camera toolbar. With just one push, you can start creating Snaps and Stories with a dual-perspective, as well as more polished Spotlight movies.

Snapchat claims that the Dual Camera is a creative way for their community to capture exciting moments while being part of the memory — like rocking out at a music festival or everyday moments like your culinary adventures in the kitchen.