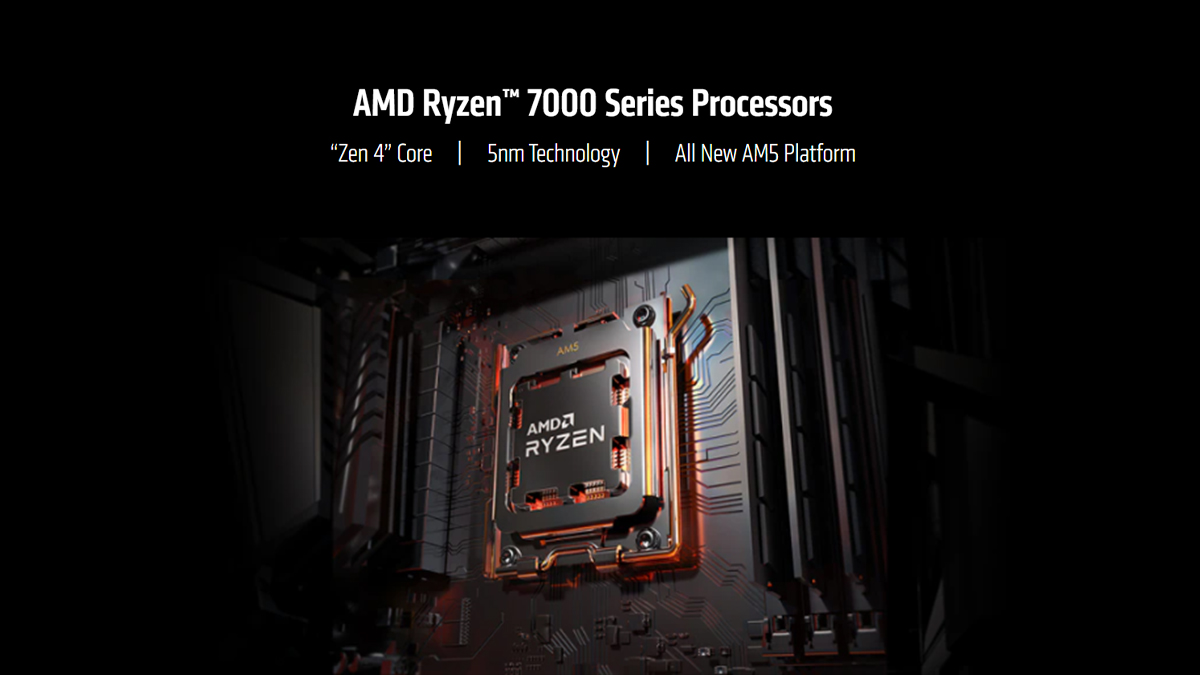 Unmatched performance and industry-leading energy efficiency are features of the Ryzen 7000 Series CPUs. They are built on a TSMC 5nm process node, which is an optimised, high-performance node with a maximum of 16 cores and 32 threads.

The AMD Ryzen 7000 Series boosts IPC over “Zen 3” by a double-digit margin, carrying on the award-winning “Zen” architecture’s record of innovation, execution, and delivery. The Ryzen 7000 Series, the first high-performance x86 5nm CPUs in the market, sets new standards for gaming and content creation performance by introducing the incredible speed of the “Zen 4” architecture.

Thanks to a number of innovative power management capabilities integrated throughout the CPU and adopted from AMD’s exceptionally efficient mobile CPUs, the Ryzen 7000 Series desktop processors perform better than before. Along with the astonishing performance advancements, the AMD Ryzen 7950X processor is up to 47% more energy efficient than the competition. A brand-new 6nm I/O chip, in addition to the core, is a feature of Ryzen 7000 Series processors. It supports multiple monitors, hardware-accelerated video encoding and decoding, as well as light graphics applications.

The top-of-the-line 16-core AMD Ryzen 9 7950X CPU surpasses the opposition in V-Ray Render by up to 57%. Additionally, the 6-core AMD Ryzen 5 7600X CPU performs 5% better in several games than the top-tier gaming processors from rivals.

With the Ryzen 7000 Series desktop processors, AMD revealed the new Socket AM5 platform, which offers dual-channel DDR5 memory. The AM5 platform includes up to 24 PCIe 5.0 lanes, making it AMD’s largest desktop platform to date. Users may grow with their Socket AM5 solution, which AMD will support until 2025 and beyond. The new Socket AM5 motherboard family has four new chipsets, providing users with more options as follows:

Ryzen 7000 Series Desktop processors will cost $299 (about Rs. 23,890) starting on September 27 from all major online retailers and brick-and-mortar stores.