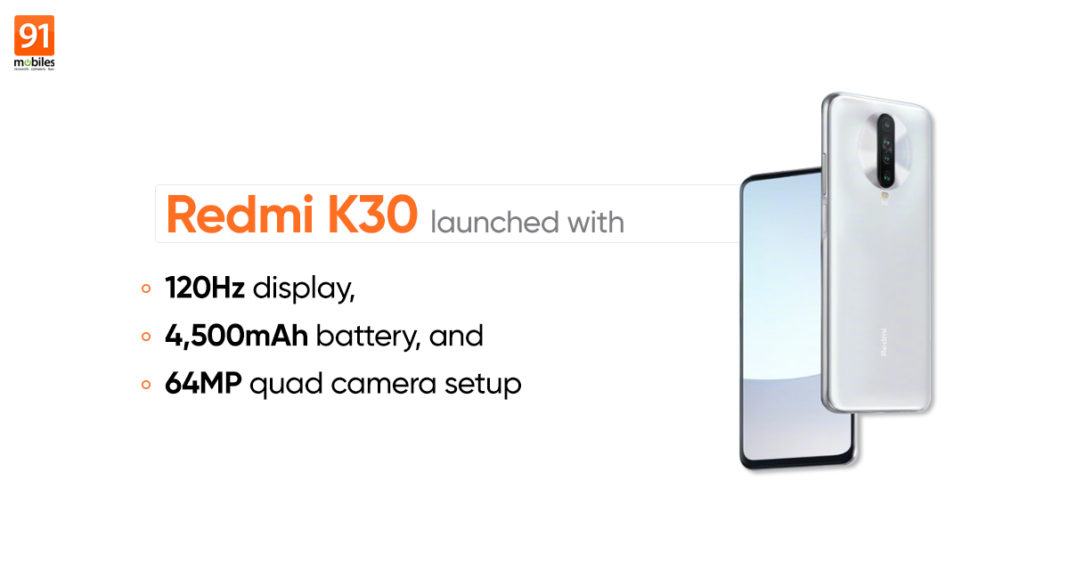 Xiaomi’s subbrand Redmi is known for bugdet smartphones. But back in july they entered the flagship segment with Mi Redmi K20 and Mi Redmi K20 pro. K20 means Killer 2.0. It was the huge success for redmi, almost all units are sold. After the success they again launched flagship killer called Redmi K30 with great specification. The mobile which takes on it’s rival realme X2.

When come to specification Redmi K30 5G have 6.67-inch LCD punch hole display which is down grade to predecessor Redmi K20 which have Amoled panel and pop up camera. Anyway The display resolution is FullHD+ with 120Hz refresh rate and dual selfie camera.The screen is also curved.

As mentioned above it is powered by snapdragon 765 SoC with an integrated 5G moderm. This mobile comes with Miui 11 on Android 10 which is good move. 4500mah battery powers the Redmi K30 5G with 30w fast charging support which will full charge in 66 minutes. For security have side mounted fingerprint and faceunlock

Although Redmi strong on other department but it gives no excuse to camera department.It features 64MP sony IMX686 sensor as a primary camera on rear side with 8MP wide angle sensor, 5MP macro sensor, 2MP depth sensor. On the front side it features 20MP with 2MP depth sensor.

Read more: When Xiaomi Phone Will Get the MIUI 12 Update