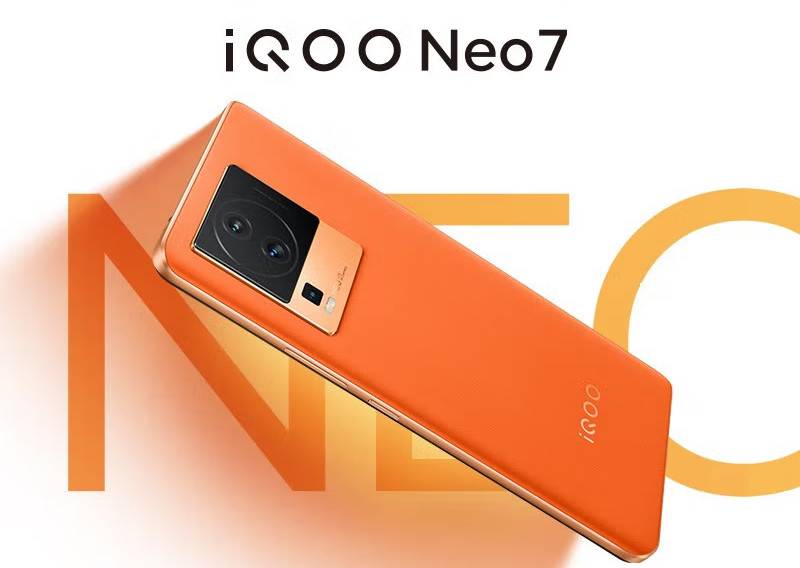 The Neo7, the company’s upcoming mid-range “Neo series” phone, will replace the Neo6 that was released earlier this year, according to a statement released by iQOO today. The smartphone still features a camera component with three cameras. The back of the Orange colour version features a leather-like touch. Black and blue hues are also possibilities.

iQOO has confirmed 256GB of storage and up to 8GB of RAM. This will be the first mid-range phone to use the MediaTek Dimensity 9000+ chipset, according to rumours. In China, the iQOO Neo 6 had a Snapdragon 8 Gen 1 SoC, but the Snapdragon 870 SoC was used for the launch in India.

According to earlier reports, the iQOO 8 Pro and Vivo X70 Pro both have a 6.78′′ FHD+ 120Hz E5 AMOLED screen, an in-display fingerprint scanner, and a 50MP IMX766V primary camera. A 2MP and an 8MP ultra-wide camera are to be expected. According to reports, the phone has a 5000mAh battery that supports 120W rapid charging.