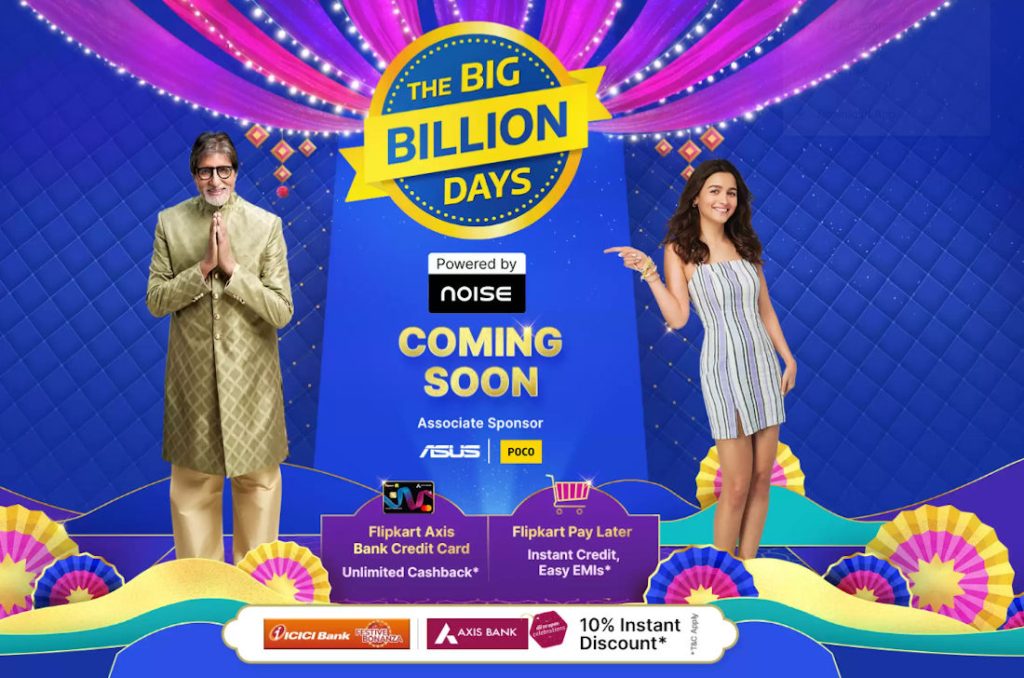 Flipkart has promised bargains, events, and more but has not yet revealed the date of the 9th Big Billion Days sale. According to the firm, this year’s sale will be even bigger and better, with thousands of brands and tens of thousands of merchants on Flipkart offering the greatest variety of goods at the best prices.

Customers will be able to take advantage of The Big Billion Days Price before the event starts thanks to several new and creative constructions, according to Flipkart, like Sale Price Live and Pre Book. Even before the official TBBD dates, these innovative and intriguing offerings will be made public via its app.

Flipkart will debut the first virtual world with an engaging, 3D discovery experience while revealing holiday discounts via video commerce. There will be a tonne of new launches, games, interactive films, live streams, and delivery of incentives and coupons via gamification in TBBD this year.

Other options comprise Rush hours have the lowest prices till 2AM, Crazy Deals at 12AM, 8AM, and 4PM will provide further savings on phones and TVs, and Tick Tock Deals have a new deal every hour.

Customers can expect to witness 130 Special Edition collectibles from 90+ manufacturers this year in a variety of categories. In addition, they will have access to a large range of fresh items that well-known businesses and adored stars like Virat Kohli, Kriti Sanon, Chef Vikas Khanna, Ayushmann Khurrana, Ranveer Singh, Hrithik Roshan, P V Sindhu, and K L Rahul, to mention a few, have jointly developed.

According to Flipkart, customers from all around the nation will have access to exclusive goods to round off their seasonal collections while also supporting sustainable fashion and a greater cause.

This year, Flipkart collaborated on a campaign starring MS Dhoni, Alia Bhatt, and Amitabh Bachchan. According to Flipkart, it has signed up more than 2 lakh kirana delivery partners this year.